I know. Long time, no Triv.

So, what’s l’excuse? It’s been a busy old time at the Wordporium, one that’s involved a disproportionate amount of dealing with wallies, causing La Bossa Trivialista to issue forth with her oft-quoted battle cry, “People are just NO DAMN GOOD!”* Grrr.

Anyhow, today “Loren” is helping me climb my way up la corporate ladder. It’s truly a day for meetings with short men. 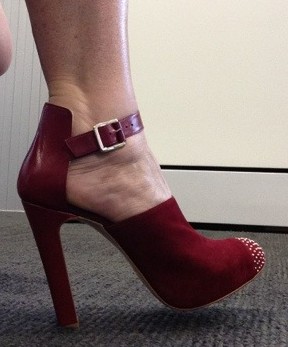 Anyone ferret through los piccies from La Met Gala in NYC last week? Theme was something like “Punk: From Chaos to Couture”. I think Loren’s a bit punk, non? Can’t wait to be invited to my first Met Gala. Will ask my old mate Mary K to fashion me a frock in a highly forgiving digi-print.

La’m also wearing my new Foxy top. Like its wearer, it’s neither particularly foxy nor particularly tops; it just has foxes on it. Around chest height. 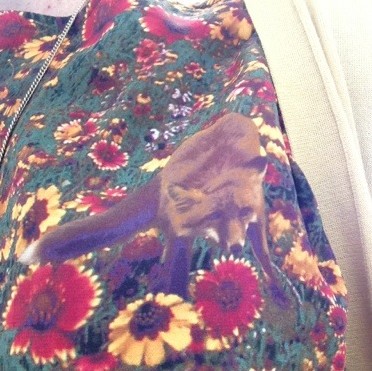 Only time will tell whether fox-on-boob is the key to Monday corporate happiness.

Other excuse for radio blog silence is that I’ve truly been getting out and about.

Last week I found laself beneath los dusty rafters of the Harbour City Town Hall. Clock this amazing chandelier shot expertly from beneath. 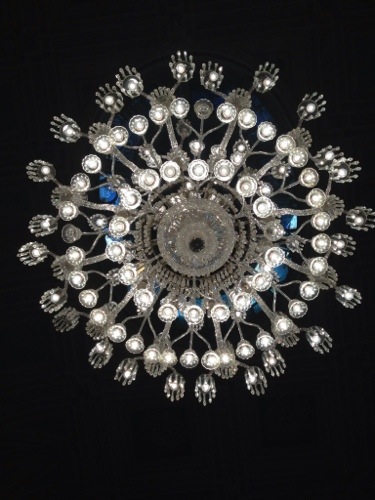 Amazeballs, non? Hollering out to be used as inspiration for chandelearrings or a brooch. 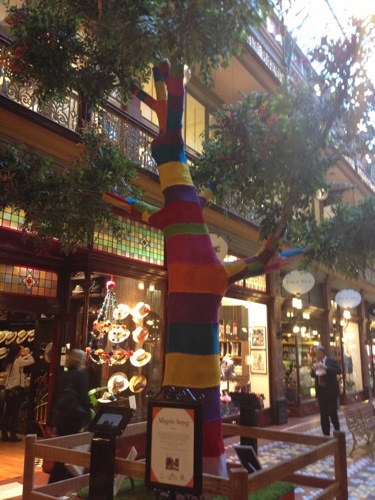 Love a bit of guerrilla knitting. You?

Found Laself at a worthies dinner recently where a slightly sozzled silvertail took to the stage to say a few words. 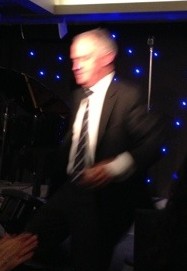 Yup, it’s Malcolm Turnbull, looking super-trim after his stint with La’s old buddy Dr Liu.  Rumours that La had had a few vinos — resulting in the blurry Malvision — may or may not be without basis.

Now, on to manstyle — one of la favourite bugbears. 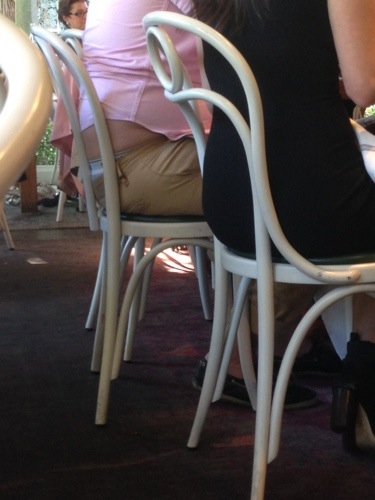 Was unimpressed to clock this fella at my Mother’s Day luncheon at the Wick of Chis yesterday. (A certain Male Junior Cost Centre was bribed to pap the sight. Cost: one marshmallow. Youth these days are so easily bought.)

Weird thing was, he wasn’t even that chubby. (Nothing Dr Liu couldn’t help him sort out via a few tasty sachets.) What we have here, dear readers, is a srs case of Closet Dysmorphic Vestment Selection, i.e., wearing too-small clothes.

Really, could he not feel le shirt riding up and los dacks riding down, the whole thing srsly over-ventilating his kidney zone? Me, I hate nothing more than the feel of a chilly kidneyscape. And I thought showing the band on your Calvin Klein underdoodles was as last century as Marky Mark’s criminal past in Southy.

With that form, I hope he’s not waiting with bated breath for his invitation to La Met Gala.

* Have just re-read this post feel compelled to offer a clarification: as far as La’s aware, La Bossa Trivialista doesn’t think I’m no damn good (just selected others). Well, at least not as far as I’m aware…