Wondering…whether it was zits or mouth ulcers to which I religiously applied apple cider vinegar when I was a teen. Such are the nostalgic thoughts that scroll through one’s brain while shopping at Harris Farm.

Gobbling…this ‘cheese course’ at Sepia with Seriousimo. The ‘pear’ was pear sorbet fashioned into a fruit-like shape. Inside was gooey, stinky, amazing fromage, all nestled atop a bed of cloud-like grated gruyère. Schwowsers. Seriousimo normally boycotts cheese but even he hooked in and made inappropriate noises. I hate sharing, as you know.

Getting the sh*ts with…stupid, meaningless ‘inspo’ quotes plastered from here to kingdom come. I mean, come on, what does this cr*p even mean? And what the fark is a ‘planner dashboard kit’? That’s such a weasel-ish, fusion, would-be compound noun that I don’t know how to even begin imagining what it’s a moniker for.

I prefer this ‘note to self’ found recently in the female Junior Cost Centre’s (JCC’s) room:

No doubt the world would be a better place if we all vowed to live (‘with intention’?) by the words of old Gondi. 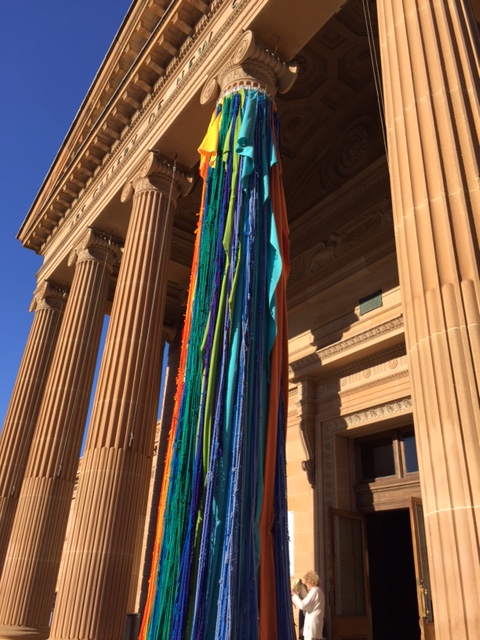 Visiting…the Art Gallery of NSW with Sarah Terrific-Home and old LaLa from Bne. We rounded it out with a lunch — as is our wont. Loved the guerilla textiles at the entrance, and was pleased to see a painting by Bne artist Michael Zavros paying homage to Triv’s beloved Mary Katrantzou ‘Dorchester’ blouse. Clock the resemblance:

LaLa tells me Zavros’s picture is a reflection on vanity — a buff-making bench press in the midst of a grand room in that old palace of self-love, Versailles. There’s something in that for all of us. (For me, it reinforces my long-held belief that exercise is best avoided, even if it means you fit better into your Mary Katrantzou clothes.)

Buying…“triffids”, as Seriousimo calls them, for the palazzo. Generally, he hates nature, unless it’s trees that have been turned into wood panels to line a study, or cow butts that have been tanned to form a Chesterfield sofa on which he can perch his derrière.

His current pet peeve is La’s “emu butts”, or Bamileke JuJu head-dresses (for the wall) from Cameroon. I’ve said it before and I’ll say it again, that man has No Idea. I have him on a behaviour-management plan: every time he calls them “emu’s butts” (they’re chicken feathers, FFS!) I buy a new one. He’s piping down. 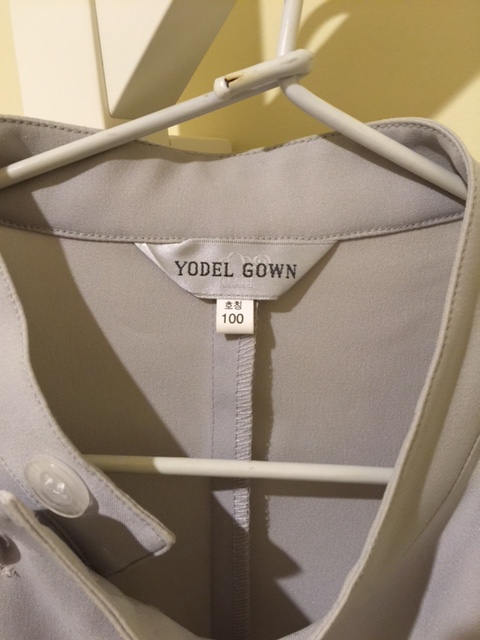 Puncturing…la skin in the interests of general health. Or rather, Steve Shin at Yang-Ji in Stanmore is piercing the Triv peau. Spied this ‘yodel gown’ in his rooms. Lost in translation..? Thought I was back in old Switzy for a minute.

Devouring…this amazing memoir by Sydney writer Tim Elliott. I don’t know Tim, but I Facebook-stalk him and so far that’s working out quite well. A brilliant story, one of the most affecting books I’ve read in a long, long time. Get on it people — mental illness is a f*cking big deal, as we all know, and this book captures the sadness as well as the humour, black as it may be.