If there’s one kiddies’ show that amuses La endlessly, it’s Peppa Pig. Love it sick. This is the old classic where Grandpa Pig fights his wife’s introduction of dozens of gnomes into his immaculate vege patch.

Saturday finds la famiglia caravan in front of the parental media control console, in the old homeland of Los Brisbas. (I refuse to call it BrisVegas, as every Queenslander worth their togs and cheerios knows the Vegas epithet belonged originally to Rockhampton.)

The JCCs are doing their usual north-of-the-border sleeping trick: the 4am wake up – and it’s not even a different time zone yet.

Male JCC chose a fab earrings-and-scarf combo as a belated birthday present for La Mamma. He has my genes. 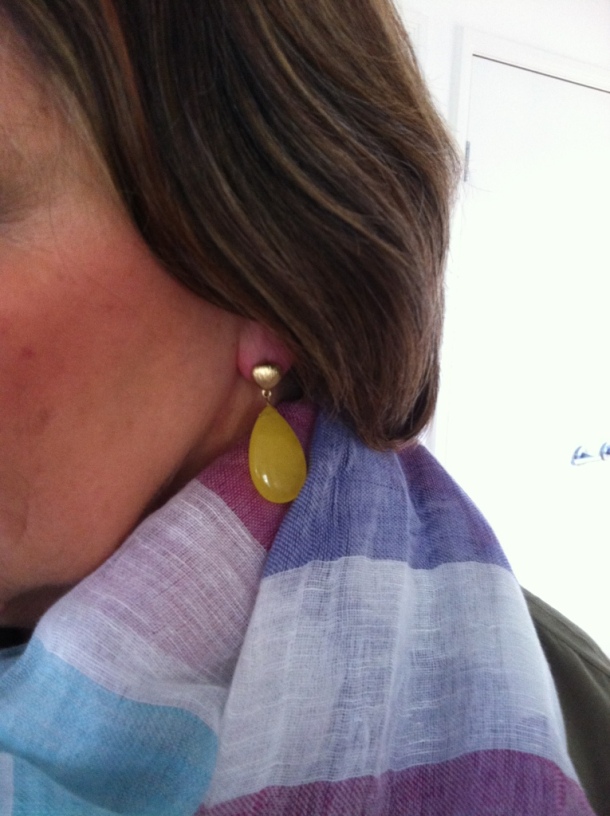 Then he took to the sofa with his uncle, L’Auteur, for some bongo lessons. L’Auteur is very musical.

Things went somewhat downhill from there, as the JCCs piled in and grilled L’Auteur over the recent demise of his relationship. His girlfriend had been an object of much admiration among both la male and female loin fruits. L’Auteur isn’t giving much away about la break-up. Probably for the best. 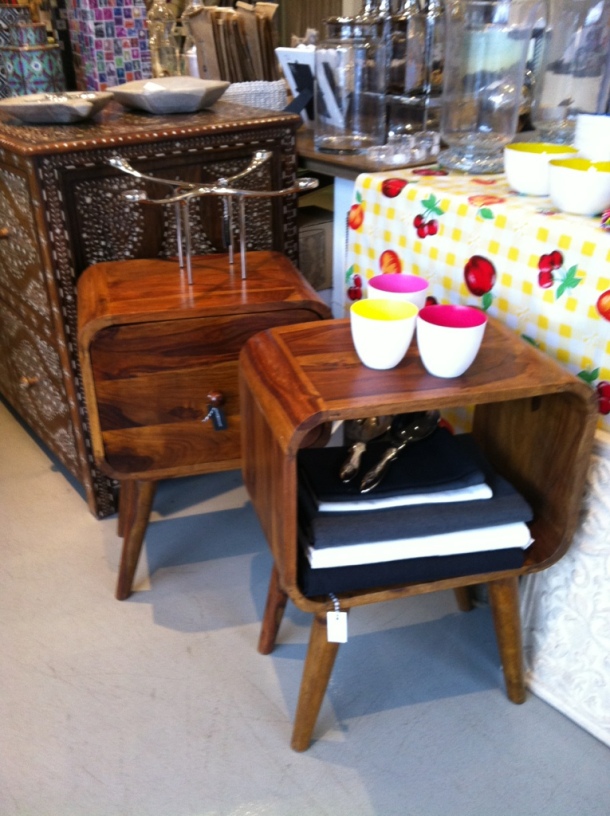 Spotted some extremely cute bedside tables in Kova Interiors. Sarah Terrific-Home, are you reading? They were fab. 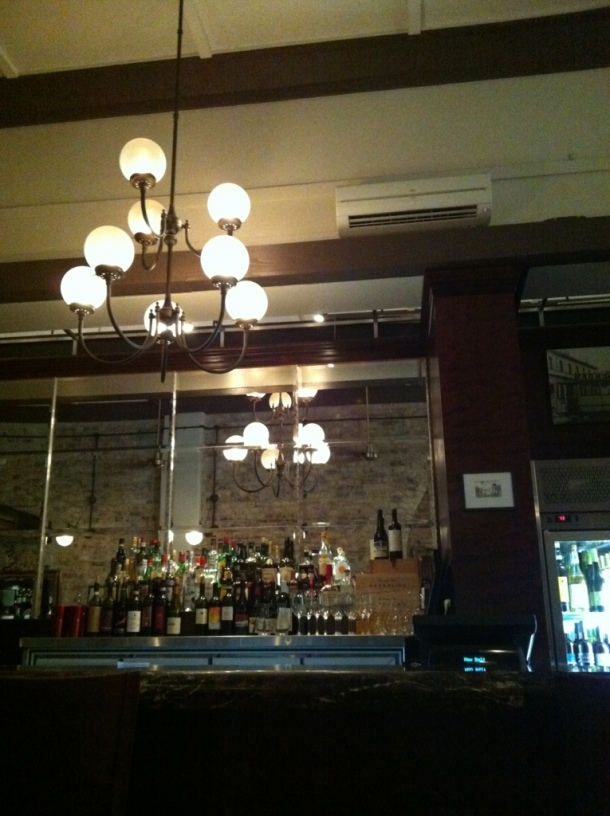 Wrapped the day up with dinner at 1889 Enoteca, or Enoteca 1889. Good either way. Claimed to be Roman, but there was a noticeable absence of pluck and gizzards on the menu, so La thinks not. For the second time today, probably for the best.