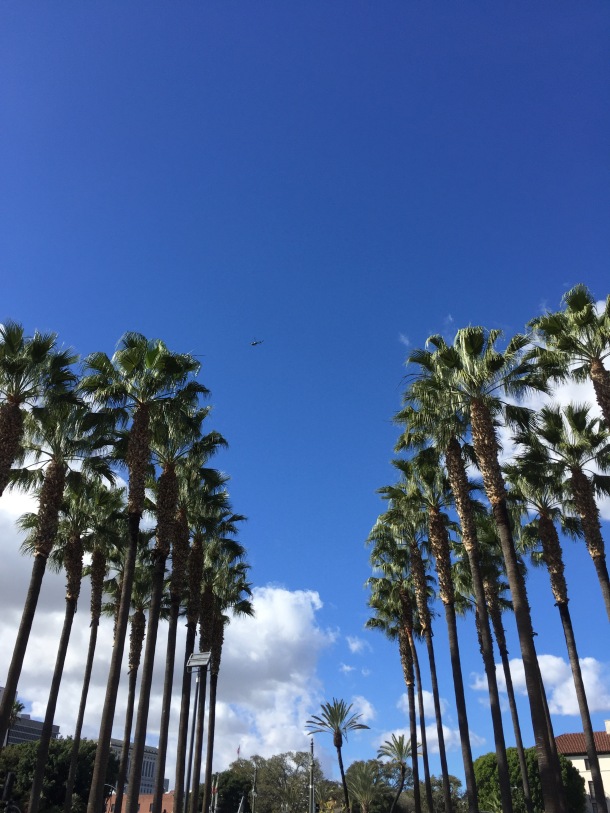 So here La is in California’s City of Angels, the day after an orange clown became president.

Setting aside los fears of walking into a wall of earnest types sporting burlap sacks, overalls, tie-dyed tees and other activist clothing, La marched. With the women. And some progressive dudes. 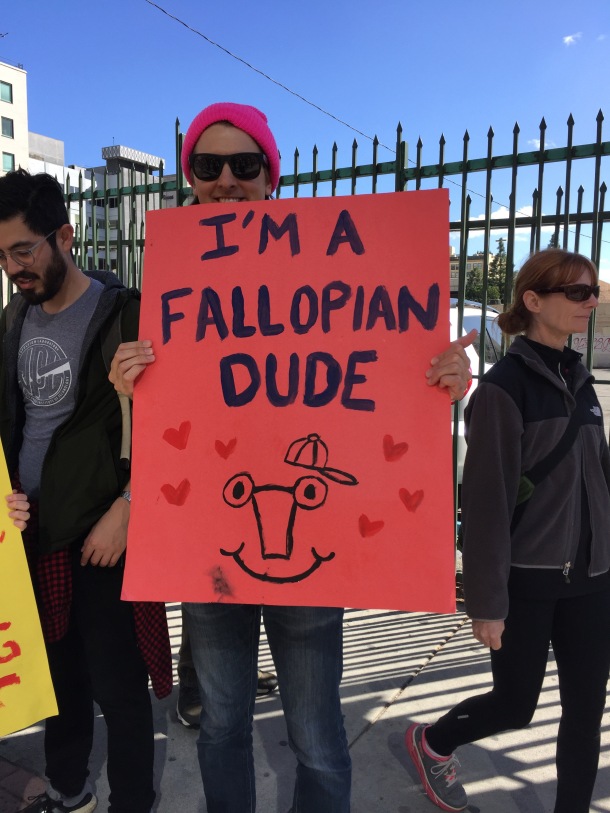 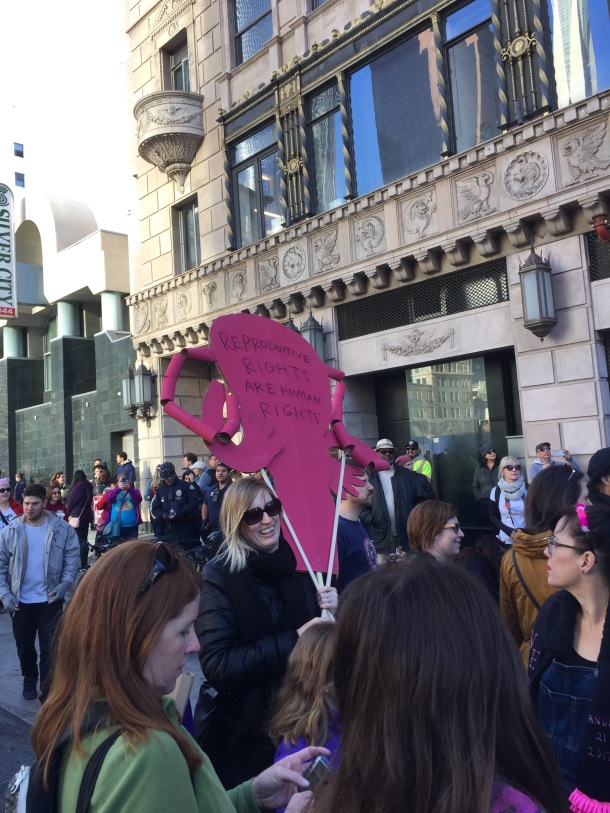 There were pink puppies. 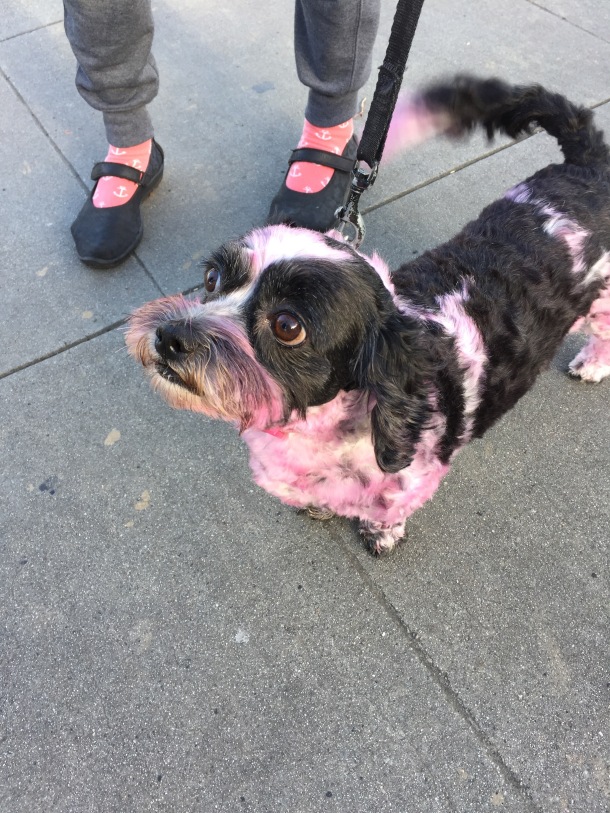 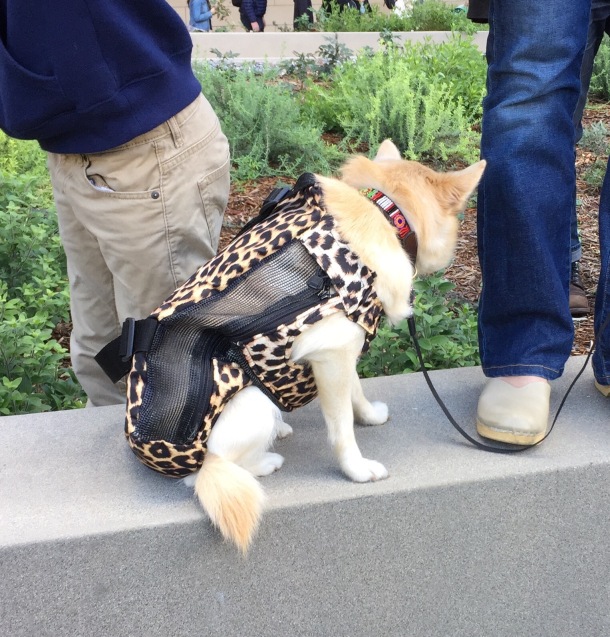 And much to the puppies’ collective joy, there were pussies. Everywhere. 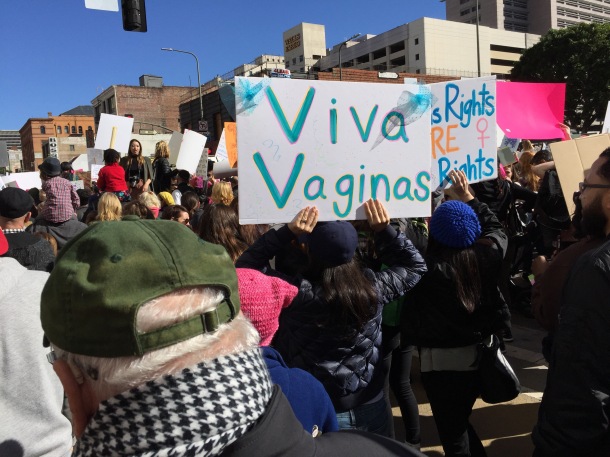 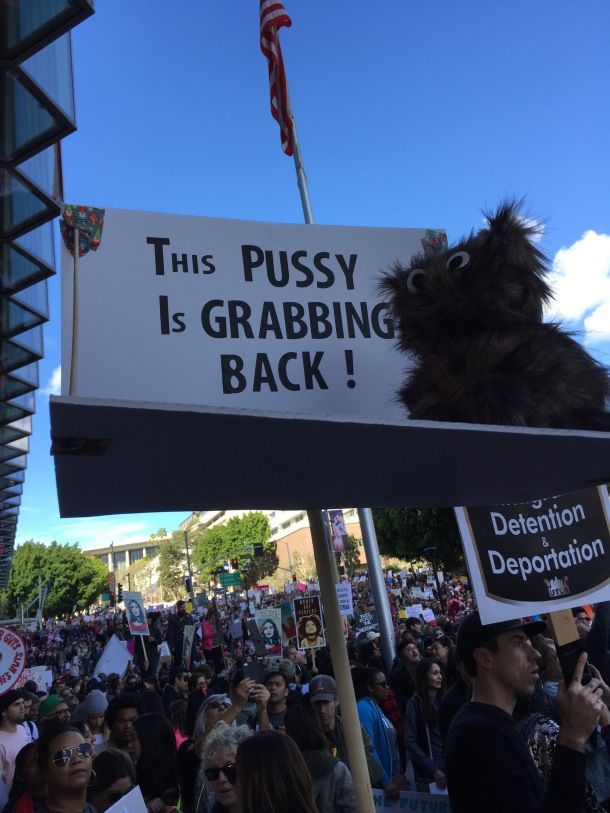 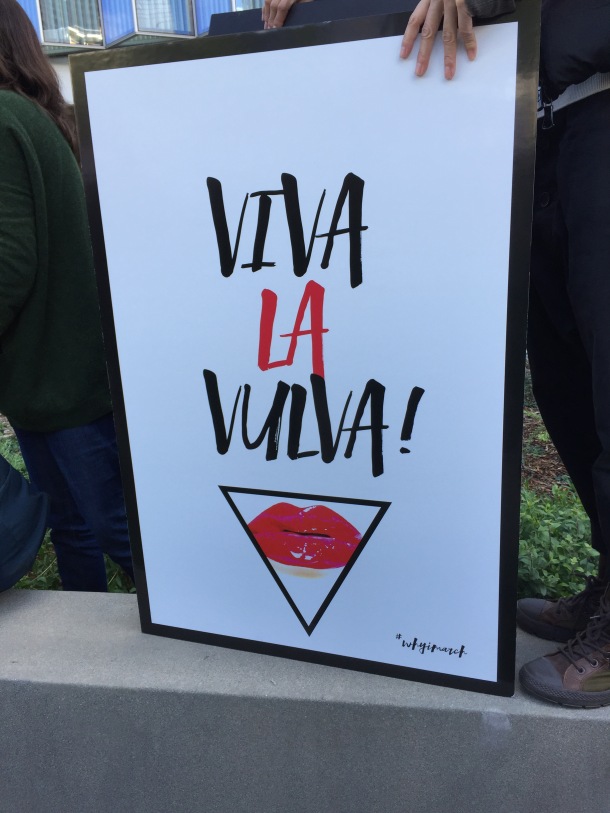 Princess Leia was there in spirit, bringing her Resistance wisdom. 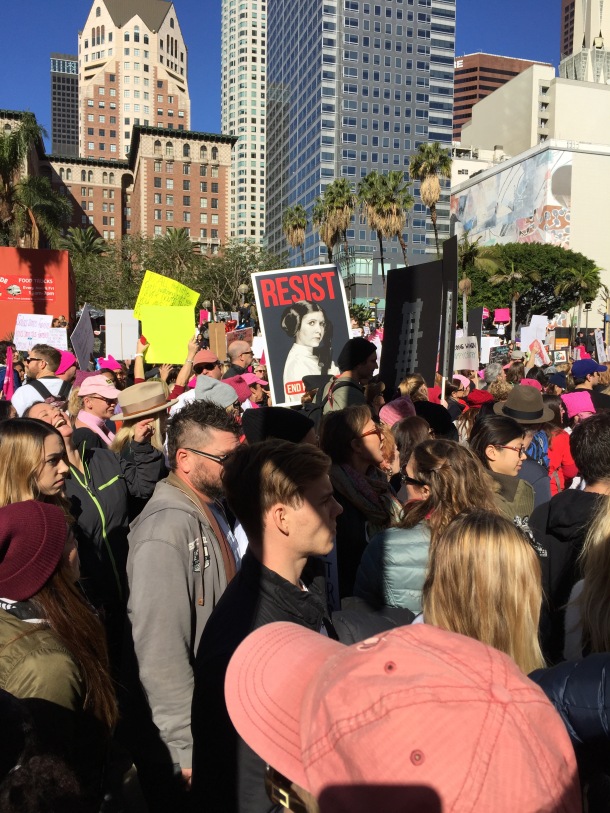 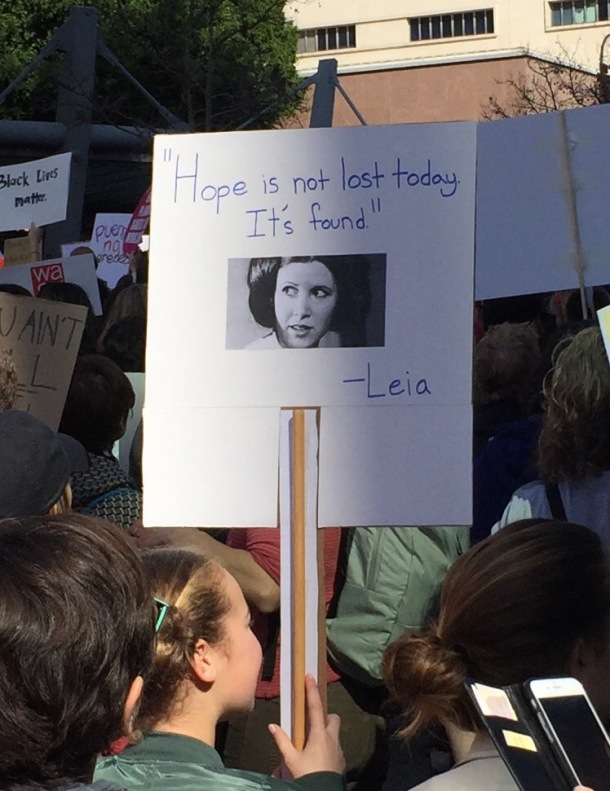 One of La’s marching buddies lost a bit of her ‘swamp’ ‘s’…so she improvised and repaired it with pink lip crayon, which seemed appropriate. 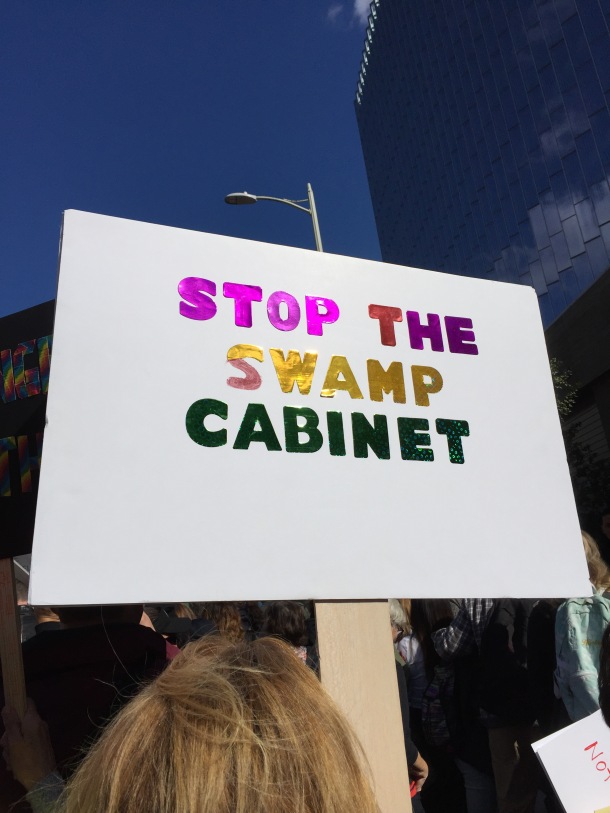 The vibe was friendly and supportive, but with a distinct and unignorable undertone of angry lady with twisted knickers and a bellyful of rage. Loved it. 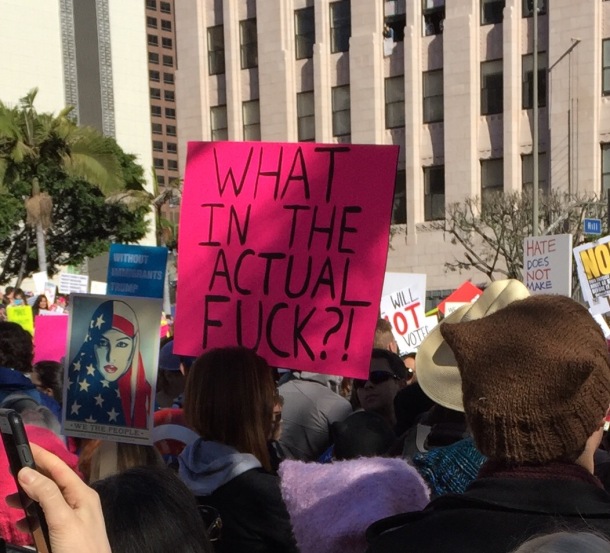 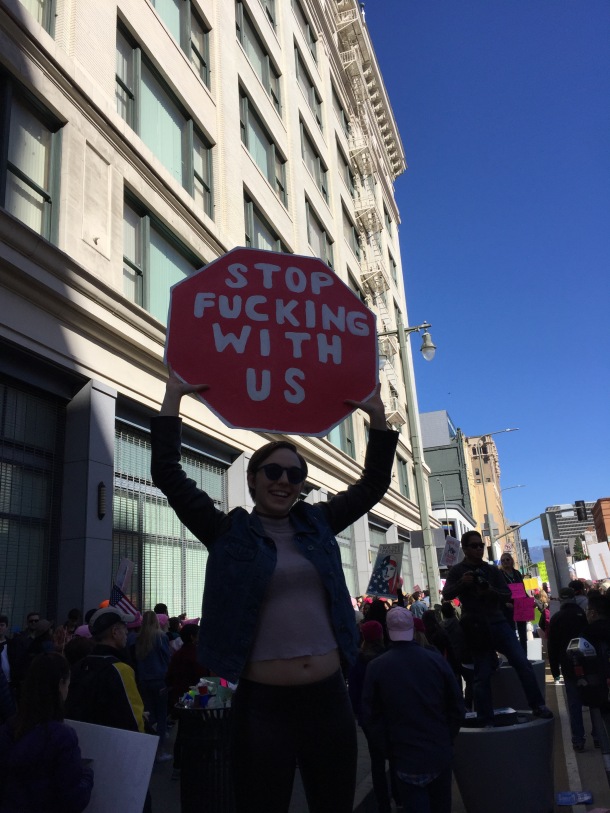 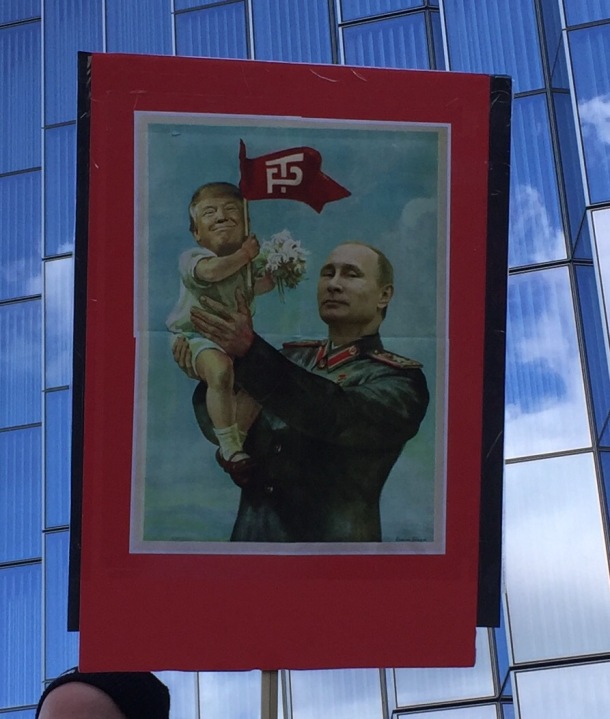 There were the old-school crunchy-granola left coast hippies, whom you could tell were thrilled from the crowns of their wiry grey hair to the hems of their burlap overalls that once again people were taking it to the streets.

And then there were the pink pussy hats. Fleece ones… 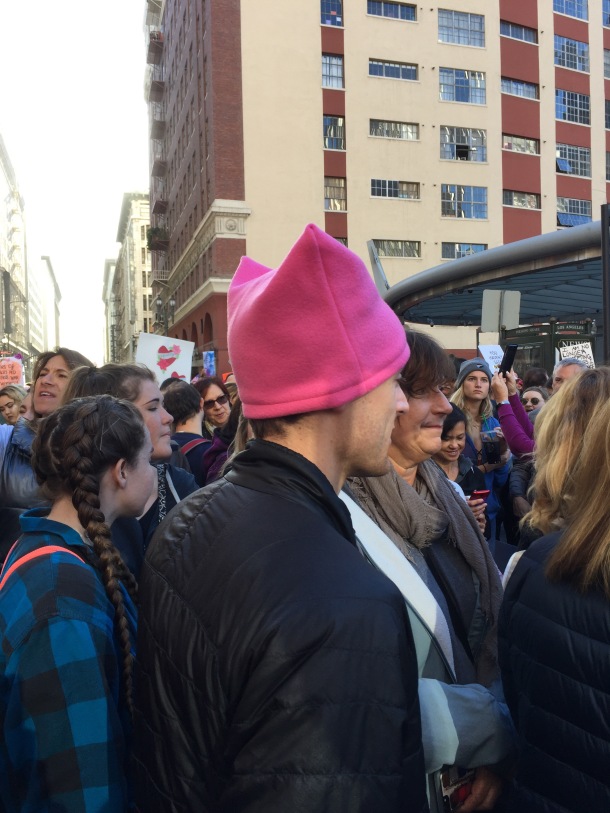 …through to a finer-gauge knit… 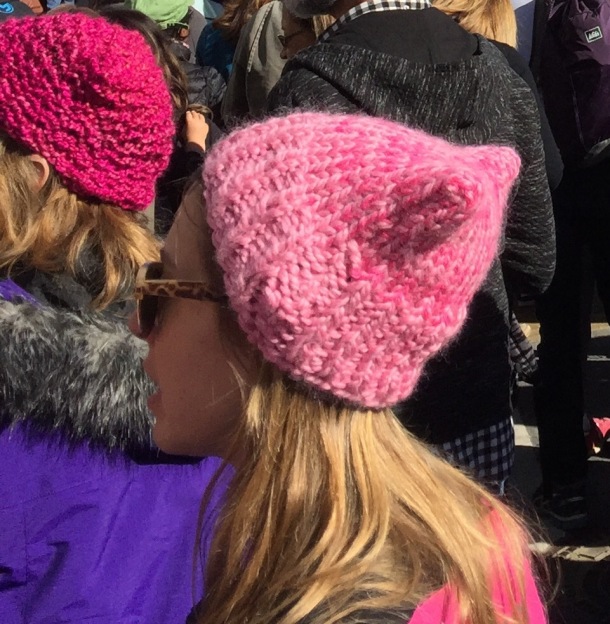 …all the way through to ones that had been knitted with rolling pins. 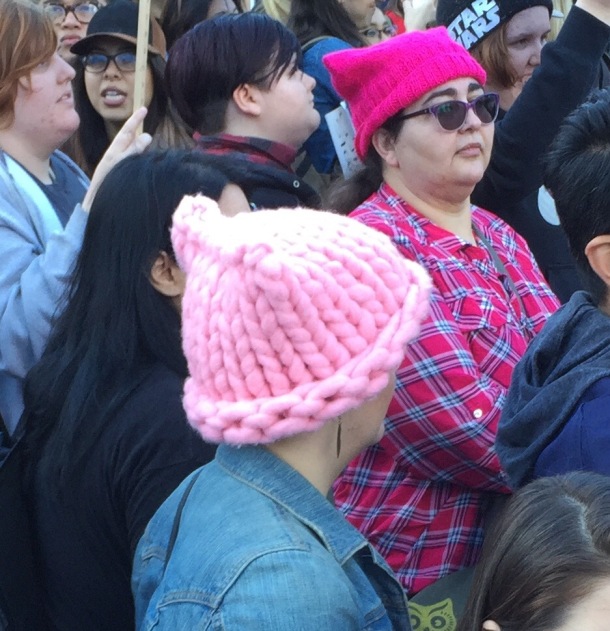 There was humanity in all its glory, shouting about making the world right. Some were very small.

Some were channeling Michelle. 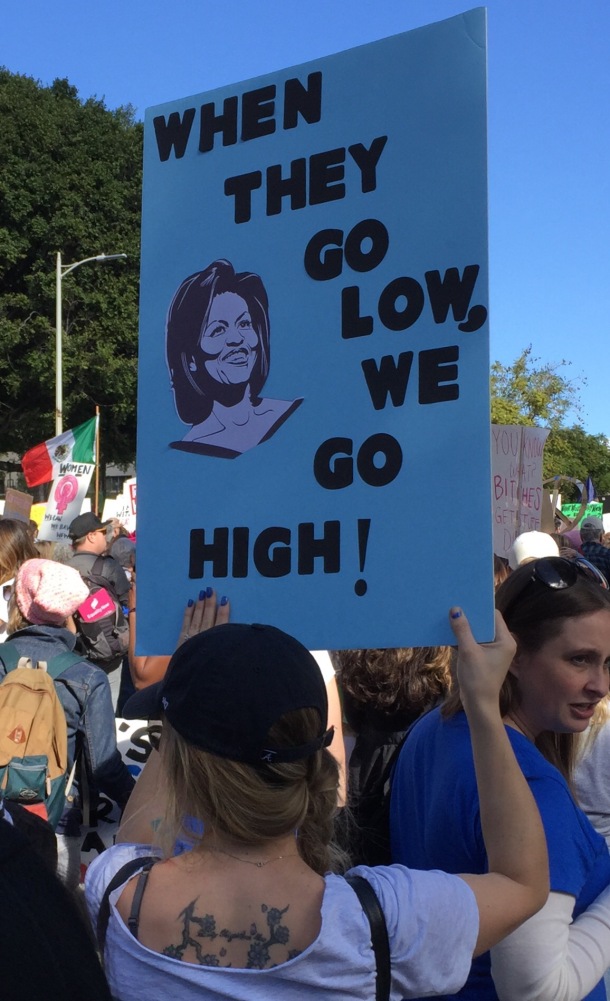 And most were there to be part of something that reminded them that the whole world hadn’t lost its mind. 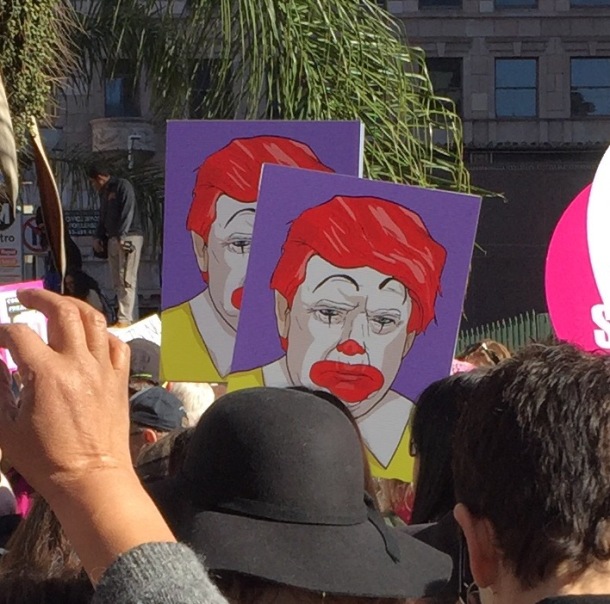 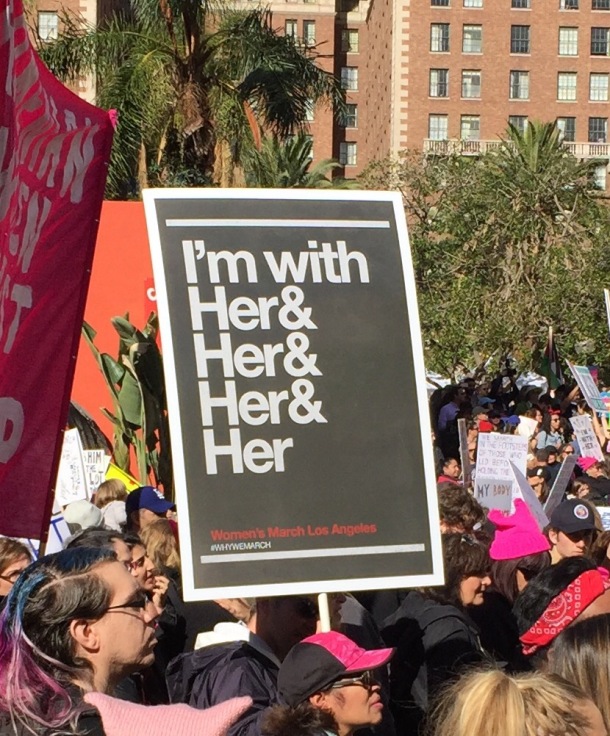 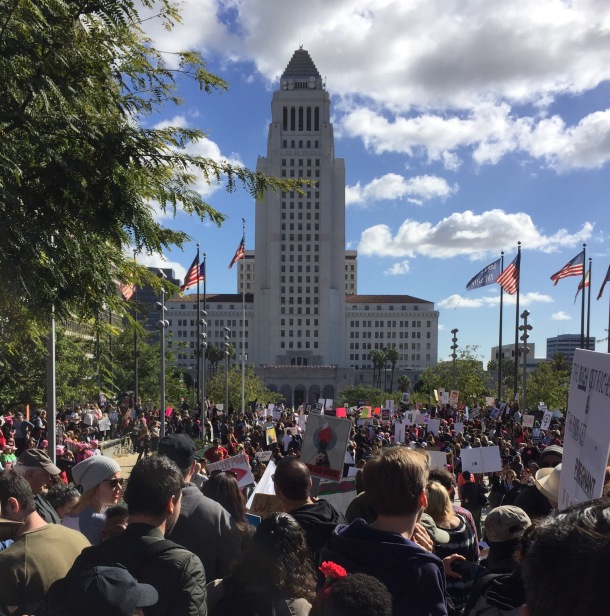 And so we marched. And it felt good.

Posted in Uncategorized. Bookmark the permalink.
← 50-52
Internal Monologue of a Non-skier on a Skiing ‘Holiday’ →