The rafters of La Palazzo Trivialista are becoming increasingly dusty, due to the recent nabbing of La Cleana Trivialista, Grah-chay, by the faceless men of Immigration, and her imprisonment in the Gulag (Villawood).

She is much missed at La  Palazzo — and not just because we’re choking on our own detritus.  We wish her well in her new/old life back in the Philippines.  The woman worked seven days a week, and hadn’t seen her son for innumerable years.  She gave Male Junior Cost Centre a toy motorbike one Christmas and alarmed La Triv by mentioning that her husband had a real-life, man-size one just the same.  It looked like this. 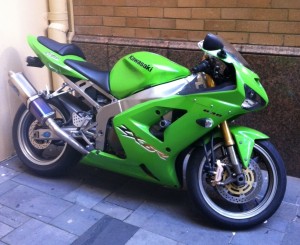 That made me worry that Mr Grah-chay was spending the money she was sending home rather than saving it so they could buy a house.  Digits crossed for Grah-chay.

In other news, I love this pic of the gaggle of Apple worker bees huddling for their morning briefing.  What do you think the Genii Team Leader is saying to them?  “Sell sell sell!  I know people say this crap walks out the door on its own, but that’s not true!  People are cottoning on to Samsung and HTC!  We need to keep those underage Chinese workers with the tiny fingers busy busy busy.  Now GET FLOGGING!!!” 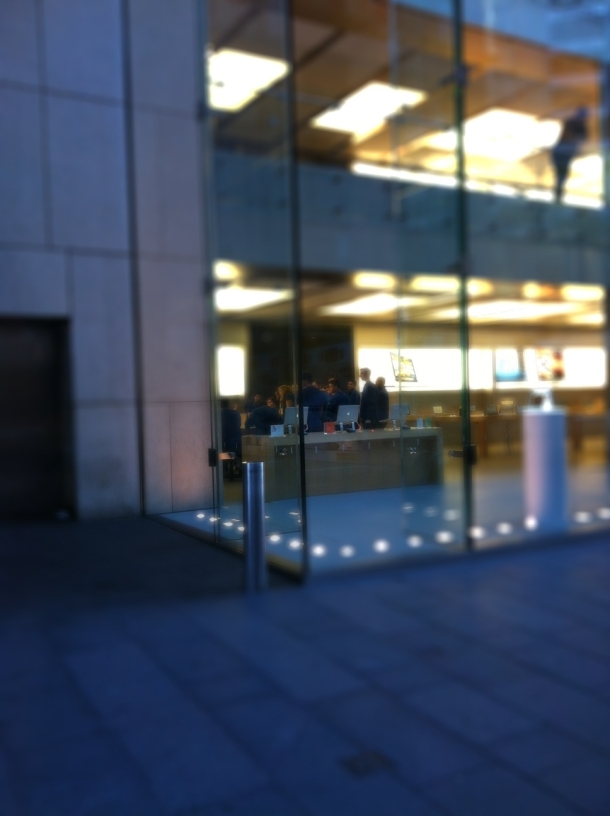 (Keen readers may observe La Triv has begun to tilt-shift the crap out of los picturos.  Some might even theorise that this is to compensate for less-than-stellar photog skills.  That theory may or may not reflect the underlying truth.)

On a more serious note, La Triv loves a bit of navy.  Less harsh on the ageing visage than black, smart and evocative of nautical themes.  What’s not to love?  In that spirit, one of the best investments I’ve made in recent months was these: 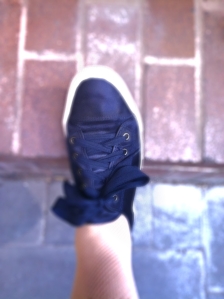 It’s a universally acknowledged truth that trainers with workwear is a style-free zone.  However, sometimes practicality and bunions dictate that high-high shoes simply cannot be worn from car park / bus stop to The Wordporium.

These navy satin lace-ups from Jigsaw feel like some sort of happy medium.  La Triv Manifesto (sadly, still a work in progress) dictates that if complex financial engineering skills have been deployed to facilitate the purchase of special ladyshoes, said ladyshoes should largely be worn on carpet, with only limited exposure to pavements / cobbles / slates / cement / real life.  These Jiggy puppies fill the gap nicely.

And, in these carbon-taxing times, finally some happy utilities news. 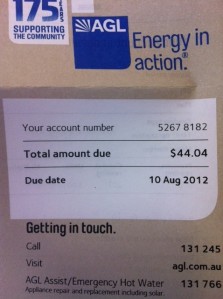 Yes, read and weep — a $44.04 gas bill!!!  That might be due to the fact that the only gas we use beneath the dusty rafters is for cooking on the hob.  But still, we’ll take tiny blessings where we find them.

Posted in Uncategorized. Bookmark the permalink.
← The people you meet…
He ain’t heavy… →