There’s still a Hany-sized hole on the Triv TV screen.  Where has the man gone, for gods’ sake?  I know I put him in the Yurt, but that was figurative.

Just to remind you what the hole looks like.

Don Hany, making an immeasurable contribution to the cred of the TV Week Logies.  Srsly, they couldn’t buy this kind of endorsement.

And based on this photo someone needs to give this man a watch contract.

In other serious current affairs, what the hell is Seed up to?

While their kidstuff looks great but is of questionable quality and insanely unjustifiable prices (Boden is superior in all respects) their ladystuff is suffering a serious case of BiPolar FashMash Disorder.  (And they’re not alone in the ward with the unfashionably padded walls.)

One season, charcoal and sack-like with swathes of cheap Chinese jersey, next season some weird acid neon lovechild of J Brand and Katies.  Good gods, fash investor overlords, what are you thinking hiring these people to design for you?  Or do you get good talent then squish the lifeblood out of their creativity by screaming at them to rip off random images from style.com?!?

And said overlords have the cheek to whinge and wail about Wide Brown Land ladyfolk flocking to the interwebs en masse to cover ourselves with better clothes at far better prices. 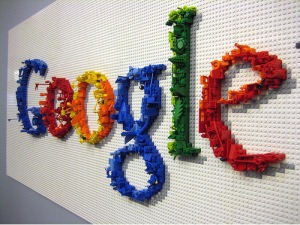 In other news, does anyone with Junior Cost Centres find themselves saying this as often as La Triv does?:  “Hmm, I’m not sure, we’ll have to Google it.”

I said this to the JCCs — in response to such questions as, “What’s the smallest country in the world?” (though Signor Seriousimo helpfully jumped in with, “Either San Marino or the Vatican” before I could hit the keyboard); “What country steals the most money from its people?”; “Did the Carpathia end up sinking like the Titanic?”; “What makes tears come when you’re sad?”; and finally, “Why when you laugh sometimes does a bit of wee come out?” — approximately 21 times last week.

Boy, back in the golden olden days mothers and fathers must have just had to USE THEIR BRAINS.

And, just ’cause, look at the gorgeous perfection of this mandaroodle (as they are known beneath the dusty rafters).

Remind you of anything? 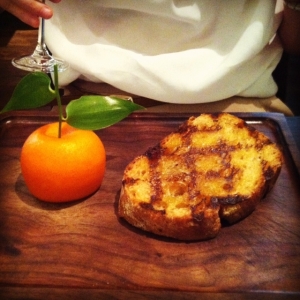 What a clever little pom that Heston is, taking inspiration from nature.  And thanks again to Miss A for her cameo appearance and for not making a fuss that I’ve never made her sign a release form.

Posted in Uncategorized. Bookmark the permalink.
← Oly wrap
Clover Canyon in the Closet →