RSS Feed
← A Lawsons unto itself
Wick of Rand, Wick of Chis →

Benvenuto to the space beneath the virtual dusty rafters.  Today, you find La in a wistful mood.

Rob’s recently added another string to his bow and — for my lira — possibly the most exciting one thus far.

We’ve barely touched on the topic of scarfage here at the virtual palazzo thus far.  Suspect this is because every time I contemplate a scarfalista post, I’m crippled by the fear that words will fail me.  La loves scarves like Tony Abbott loves Alan Jones.  Possibly more.

(And not just because they’re a more effective and comfy way than this to hide an encroaching turkey neck.)

Which leads me to Rob’s handiwork. 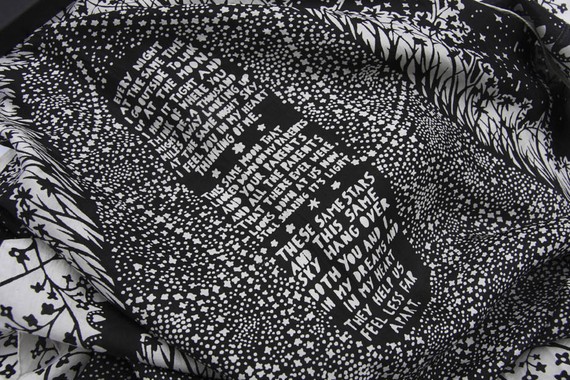 ‘Every night at the same time, I go outside to look up at the moon. I hold it tight and think of where you might be, a thousand miles away, looking up at the same night sky. I feel you in my heart thinking of me.
This same moon that looked down on my parents and your parents and all the parents that there ever were looks down at us now still sharing its light
These same stars and this same sky hang over both you and I, in our dreams and in my heart, they help us feel less far apart.’ 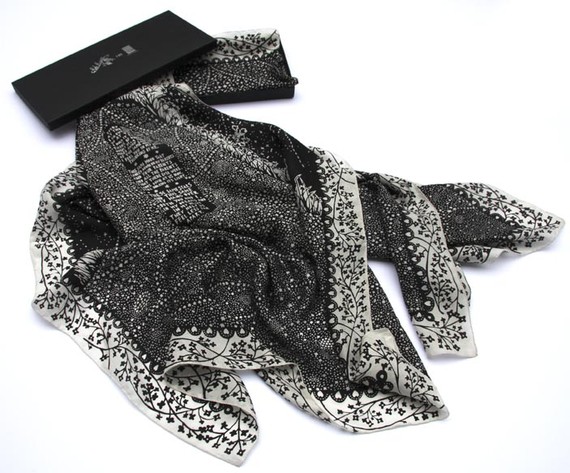 And the best thing is, this amazing necksheath is a whopping great 2.5m x 73cm.  La bigger, la better.

He’s also done some smaller ones in three different colourways — too cute by half. 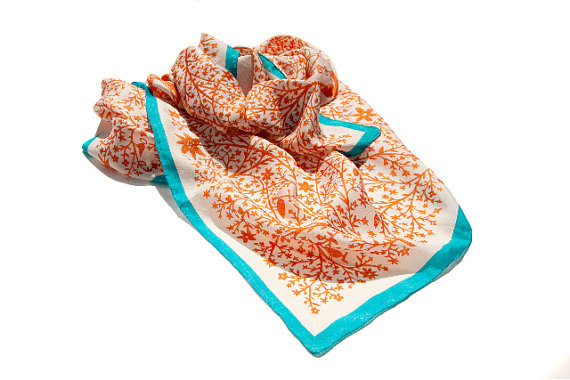 ‘I miss being a small girl.’ So do I sometimes, Rob.

Smallies are $135, and the misty-making big one is $205 from misterrob on etsy. Silk, and made by some impoverished ladyfolk at an Indian co-operative, so good for both the wattle and the conscience.

While we’re in Ryantown, let’s take a wistful look at some of Rob’s other laser-cut and screen-printed masterpieces. 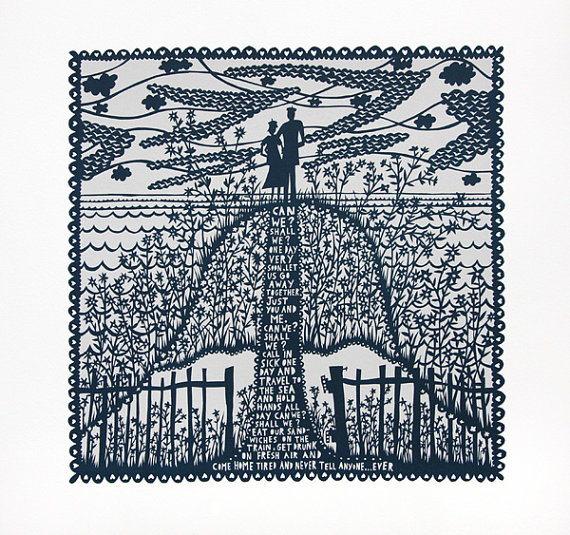 ‘Can We? Shall We?’ hangs, hopefully, above the Trivialista-Seriousimo marital bed.

And — at the risk of over-sharing — this one srsly, srsly makes los ovaries ache. 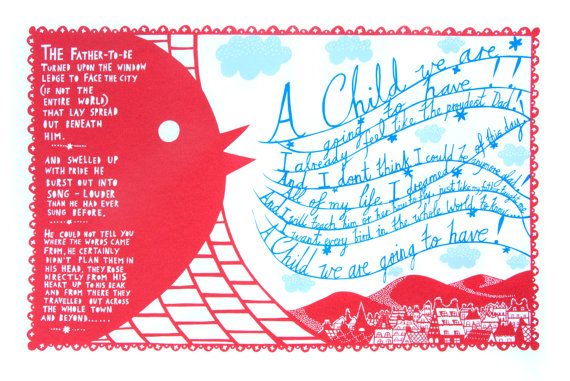 ‘The father-to-be turned upon the window ledge to face the city (if not the entire world) that lay spread out beneath him. And swelled up with pride, he burst out into song – louder than he had ever sung before. He could not tell you where the words came from, he certainly didn’t plan them in his head, they rose directly from his heart up to his beak and from there they travelled out across the whole town and beyond… A Child we are going to have!! I already feel like the proudest Dad! And I don’t think I could be anymore glad! All of my life I dreamed of this day! And I will teach him or her how to fly, just like my father taught me. I want every bird in the whole world to know… A Child we are going to have!’ 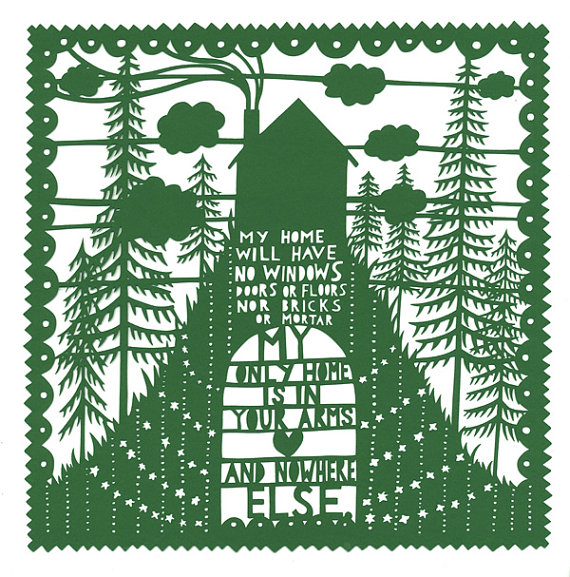 ‘My home will have no windows, doors or floors nor bricks or mortar.
My only home is in your arms and nowhere else.’

Come on softies, join me on the count of three for one enormous collective cyber*sigh*.

Posted in Uncategorized. Bookmark the permalink.
← A Lawsons unto itself
Wick of Rand, Wick of Chis →