L’am too scared to tell her how much I love her cherubic-faced, embryo-aged hubby, Marky Mumford. That bloke is a chubby little musical genius.

Here he is in action in the SiriusXM studios in LA with his banjo-plucking sons. WARNING to readers of delicato sensibilities: he really lays into the big marquee f-word  in this number — and all the better, La says.

La just can’t get enough of those former public school boys who go a bit rough’n’ready and rock’n’roll. And yes I’m talking to you, Chris Martin and Co. Now, eyes to the front of the room and pay attention or there’ll be detention.

Srsly, if you’re ever stuck at computer with nothing to do (as if) — or even with loads of really important stuff to do — have a look at Sirius’s live sessions channel on YouTube. Pink singing “Who Knew” is an absolute revelation. That woman has one srs set of pipes.

Time for a reader poll. Why is it — apart from geographical convenience — that I always go here… 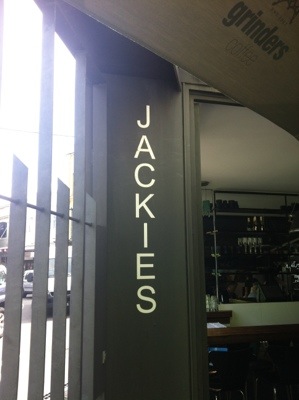 …for one of these ricotta and blueberry monsters…

…before I go here? 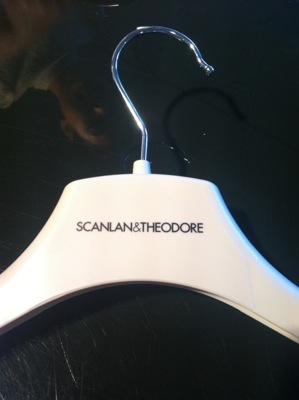 It’s never going to end well stuffing one’s freshly de-toxed face (better than bo-toxed face) full of muffin before flicking through the rails at a skinnylady store like S&T.

Bless those Scanlans, though, as I still managed to find a couple of extra special somethings.

Mystery bloom of the day:  anyone know what they are? Love them, as do the Fat Bird and the blue sofa.

“That girl in the foofy dress who won the Oscar tripped over on purpose! That was just some kind of publicity stunt.” (WTF-?!?! What kind of prima donna, attention-seeking antics is that man used to putting up with?!?)

“That Ang Lee’s a great bloke. He’s the only one who had the decency to thank his lawyer.”

Posted in Uncategorized. Bookmark the permalink.
← Foraging
Count the Costco →