Been feeling under-equipped with social chit-chat and hard-hitting insights for use at your weekend gatherings and soirees since la demise of The Wrap? Well, it’s back. The reason for its disappearance? Cost-cutting at the Triv news desk. Ever since the death of classified advertising on blogs it’s been hard to turn a coin through news-hounding. Anyhow, this week a kind philanthropist (Seriousimo) stepped in and agreed to underwrite The Wrap for at least a week, so our hacks are back on the beat and filing like crazy. 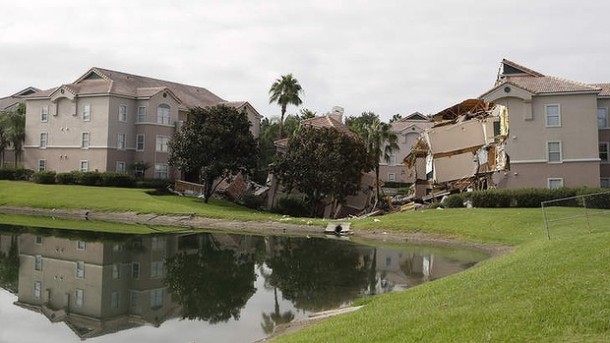 Palazzo Collapses Into Florida Sinkhole. Yee-ouch, eh? Do you think they have special insurance in the State of Sunshine for this kind of thing? Dusty, spore-covered rafters are one thing, but collapsed rafters are another thing altogether. Maybe it’s the gods’s way of punishing unsightly, McMansion-esque architecture?. 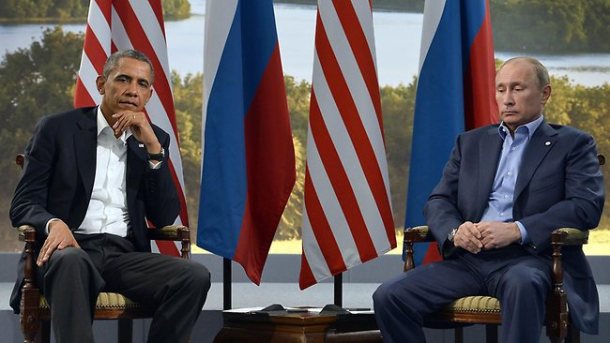 Mad Vlad and POTUS Look Thrilled to Catch Up. Wonder if the conversation and body language headed south at the mention of gay marriage. Doesn’t look like they’ll be inviting each other to their personal luncheons and soirees outside of work hours anytime soon, does it? POTUS — a good friend of this blog, as longtime readers can attest — said Poots can look like he’s “slouching” and like “the bored kid in the back of the classroom.” Can you imagine how frustrating it must be to be a world leader of elegance, sanity, sophistication and intelligence, having to deal with someone who’s your complete polar opposite in every respect? Give the man at left a pay rise, I say. 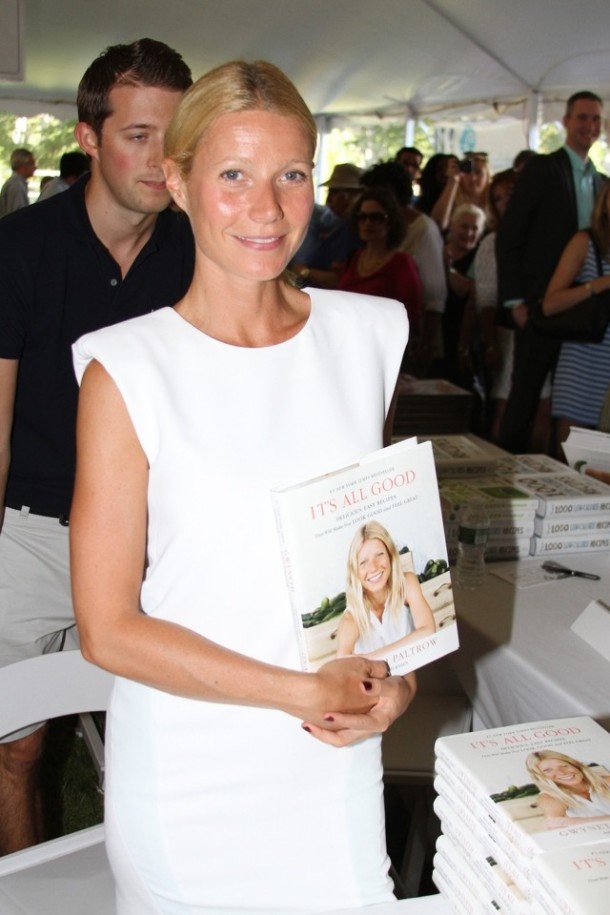 Nasty Lady Beats Up On Gwyneth in Hamptons. So, apparently, at this book signing event at East Hamptons Library — where there are so many authors sat at tables with pens poised to sign their oeuvres it must look like a literary factory farm — writer Christina Oxenberg had the misfortune to be assigned the table next to La Gwyn. So peeved was CO by the multitudinous GO groupies crowding out her table — “The worshippers blocked my view of the whole world,” she whined — that she headed to the buffet and piled her plate high with “sloppy hamburgers” and “stinky steak sandwiches” in order to discombobulate “vegan” Gwyneth and her “vegan children”. All was repeated in the New York Post. Now, this is what gets up la goat — FALSE REPORTING. As any half-dedicated Gwynaliser would attest, she is not a vegan! She eats duck ragu! She butterflies and roasts chickens! Remember?!

We will have no Gwyn hating here beneath the virtual dusty rafters. And absolutely no false accusations of veganism. 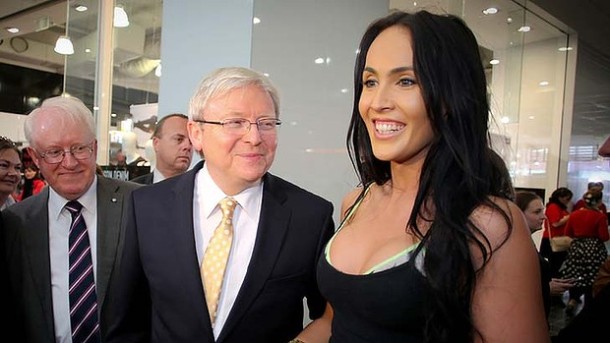 Australian Federal Election Campaign All About Asylum Seekers — and Boobs. What kind of hellcat crazy world are we living in here in the Wide Brown Land? First up ToneAbs describes a female candidate’s top qualification for the job of representing the great burghers of her electorate as her “sex appeal”. Then his flacks try and chalk it up to a “daggy dad joke.” What?!? Il Pappa Trivialista has never made such sexist and unfunny jokes in his life! On that basis alone — oh, and also on the basis of his well-groomed, style-signature moustache — he should be PM. Just when we though it could get no more cringe-worthy, yesterday we had KRudd barely able to keep his eyes off the rack of this innocent Perth fitness instructor. The poor pet’s at work in a raw nut bar at a Perth shopping mall, then out of the blue, two ageing, pudgy-faced Raw Nuts approach her and start ogling her assets. Girl’s just trying to make a buck! Ugh — this election campaign, and the reporting of it — is revolting me. PENNY WONG FOR PM!

And suddenly, just like that — poof! — our funding’s exhausted. We really need to devise a profitable news business model here at The Wrap. May go paywall soon. Hopefully our kind philanthropist has left me $8 in the media kitty for a Kylie Kwong steamed Berkshire pork bun for breakfast at Eveleigh Markets.