So yesterday, los ladies embarked upon a coach trip. A coach trip to what revealed itself as Outlet Hell. 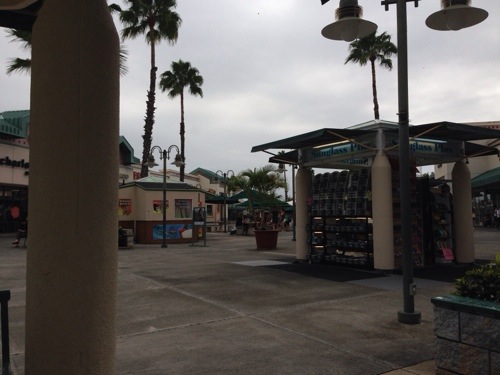 Never one to shy away from the scent of a bargain, La was a willing participant in the excursion, however I did express doubts as to whether we would need three hours at Waikele “Premium” (my quotes, not theirs) Outlets.

La gut proved spot on: because, as Brunny so eloquently put it while we waited in the dead retail wastelands for our return coach trip, “There’s time — and then there’s Waikele time.”

The shops were c**p, the clientele looked like the most inked seafarers from a Carnival cruise liner and the smelly toilets came complete with piped Hawaiian muzak.

Returned to the serenity of our divine hotel. 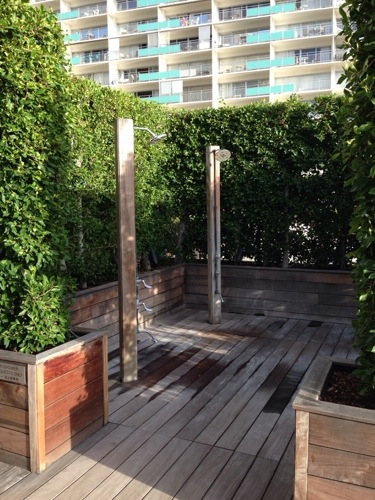 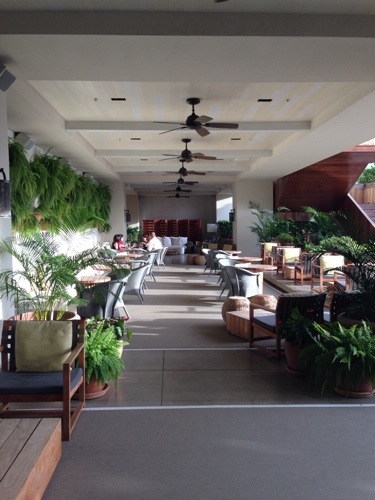 Here’s Brunny and La-La taking in the ambience, poolside.

We did some highbrow reading.

Later on, after a few lychee martinis, things devolved. 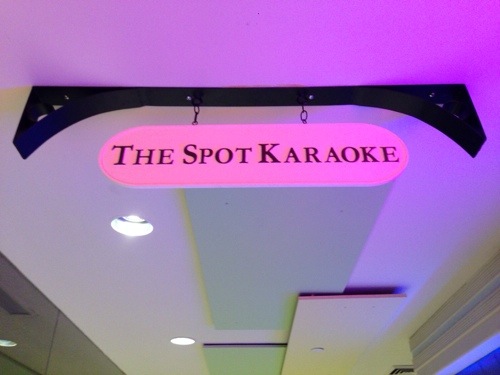 Unbelievably, it was La first karaoke experience. If only I wasn’t so shy when it comes to standing in front of a room, commandeering a microphone and belting out a torch song, I might actually have had a good time.

Jokes, of course. Turns out, La’m a natural.

Posted in Uncategorized. Bookmark the permalink.
← Aloha
Chin up →