This was the sight that greeted me as I waited for la morning java jolt.

Gross.  Does this dude really think we want to share his tootsie sweat?  As if forcing us to look at him inside corporate walls in his cripes-I’m-middle-aged-I’ll-take-up-cycling-rather-than-buy-a-sportscar knicks wasn’t bad enough.  No, we also have to look at (and sniff) his stockinged feet.

In La viewalista, this does little to burnish the already less-than-sparkly reputation of Wide Brown Land menfolk as beacons of class and discernment.

However, what struck La most was who the hell Rhys Muldoon is looking scarily like these days.  Los cogs of la brain spluttered and creaked — and then — pling. 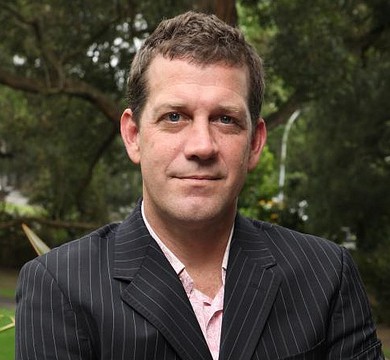 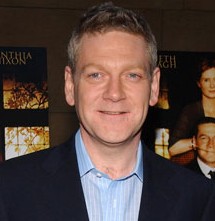 House Husbands also stars La old friend, Julia Morris.  Julia and I went to school together at St Joseph’s, East Gosford, back in La day.  I was in Year 7, she was in Year 10, and it was L-O-V-E love.  I even tried to walk like her.  The height of my girl crush was watching her play Frenchie in the joint production of Grease with the St Eddie’s boys. 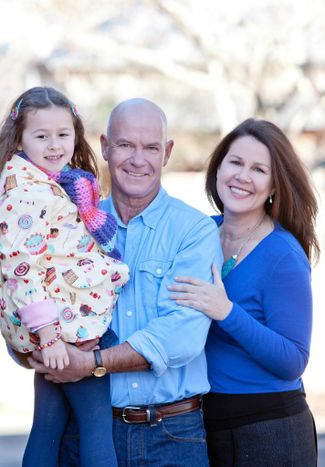 Why did she do all those dire years in TV sketch comedy and wait so long to take on a dramatic role?  She’s great on HH, where she plays the wife of dodgy old Gary Sweet.  Bet he longs for his Bodyline days.

But to fight it, I’m headed out with some ladyfolk tonight.  Look at my amazing Marc by Marc Jacobs clutch.

GOTCHA!  It’s not a clutch, it’s a make-up bag! Can you believe the lining of something so stylish is destined to bear foundation and mascara streaks?  It was a present from my friend Yankee Doodle. She gives great gift, that Miss Doodle.

Today I am wearing a dress that teeters dangerously close to nightie territory.  In fact, after a sustained period of EWIW (eating whatever I want), there’s a lot of reaching for the stretchy and the waistless going on in La Closetta.  This must stop.

Thus the return of la salad days and la walking.  There’s nowt else for it, apparently.