This was our old Trivialista famiglia homestead in Los Brisbas. 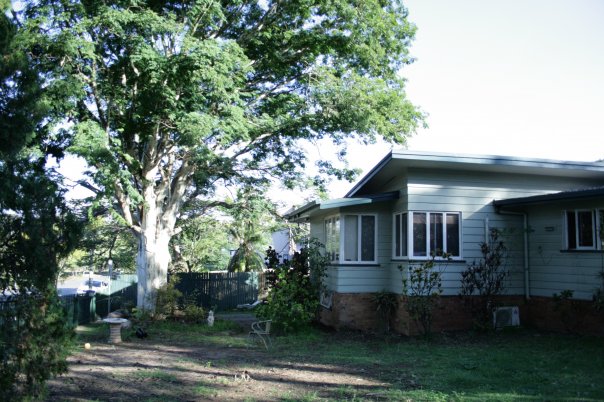 And this is what happened to it after La Mamma and Il Pappa took to it with cricket bats in a fit of pique, utterly done in after years of ordering us to tidy our bedrooms. 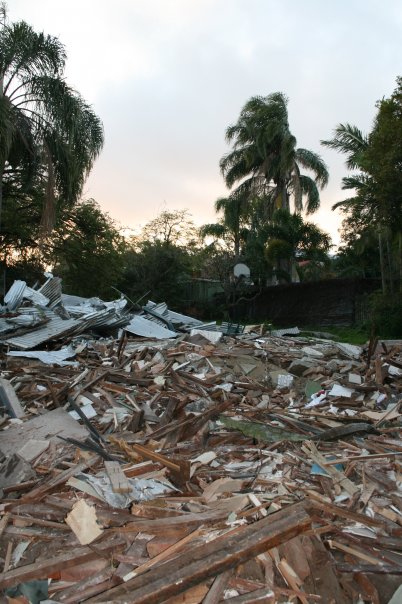 So I guess you could say I come from a broken home. 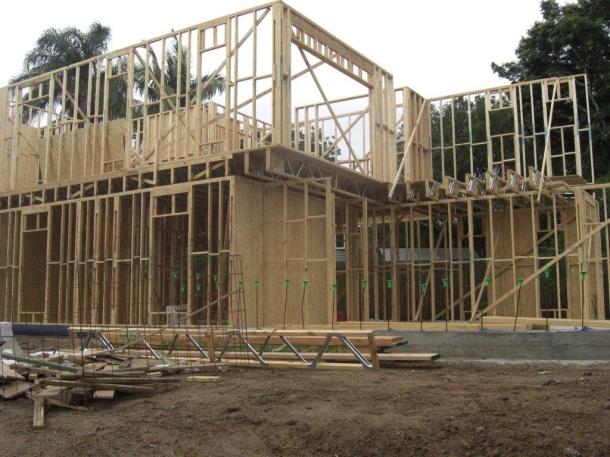 …which is very noice.  It’s all finished now, but I’ll stop short of posting a pic of it finished because I want to protect their privacy.  It wouldn’t be right if La Mamma was having a topless sunbathe on the front deck and a nasty lensman equipped with $20K worth of snapper gear compromised her dignity, all because one of her five loin fruits was the venerable La Trivialista (she’s Big in Europe).

The Trivialista-Seriousimo caravan is off for a Brisbas mini-break next week, to see the MammaPappas, Galloping Gourmand and L’Auteur, and catch up with chums like Macster, Lali and Ms Whis. If La Mamma is reading this (which she should be doing out of a sense of maternal obligation), heads up that La’s expecting a house-made brioche and freshly-distilled strawberry jam if time permits. 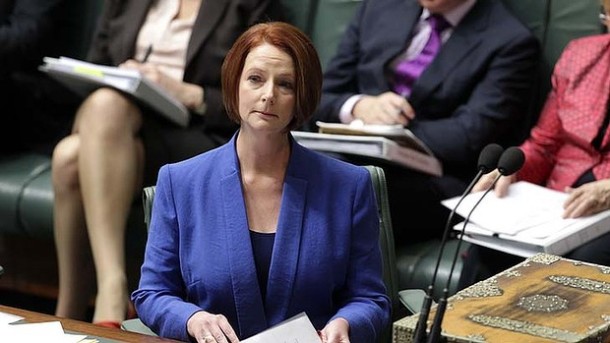 Australian politics can be a particularly stinky sinkhole much of the time, but yesterday it briefly rose above the subterranean level at which it normally chooses to reside.

PM JG thanked parliament and Wide Brown Landers for their support since the recent death of her father, John Gillard.

CHRIS UHLMANN: It’s all too easy to forget that our politicians are human, but the Prime Minister bade farewell to her father, revising Dylan Thomas’s famous entreaty.

CHRIS UHLMANN: And just for a moment hostilities paused.

TONY ABBOTT: Could I again acknowledge John Gillard, who has done his country proud in producing such a daughter. It is a remarkable parent who produces a prime minister of this country.

CHRIS UHLMANN: It would be good for everyone in Parliament and in the nation if we saw the human face of politics more often.

And speaking of dignified politics, how about the latest shenanigans of that horses’s ass, Mitt Romney? Los Obamas — of whom we are enormous fans here beneath the dusty rafters of Palazzo Trivialista; we’ve even met and cuddled Bo, the presidential pooch — must be sitting back thinking their work on this here campaign trail will soon be done. 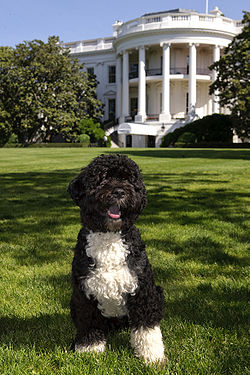